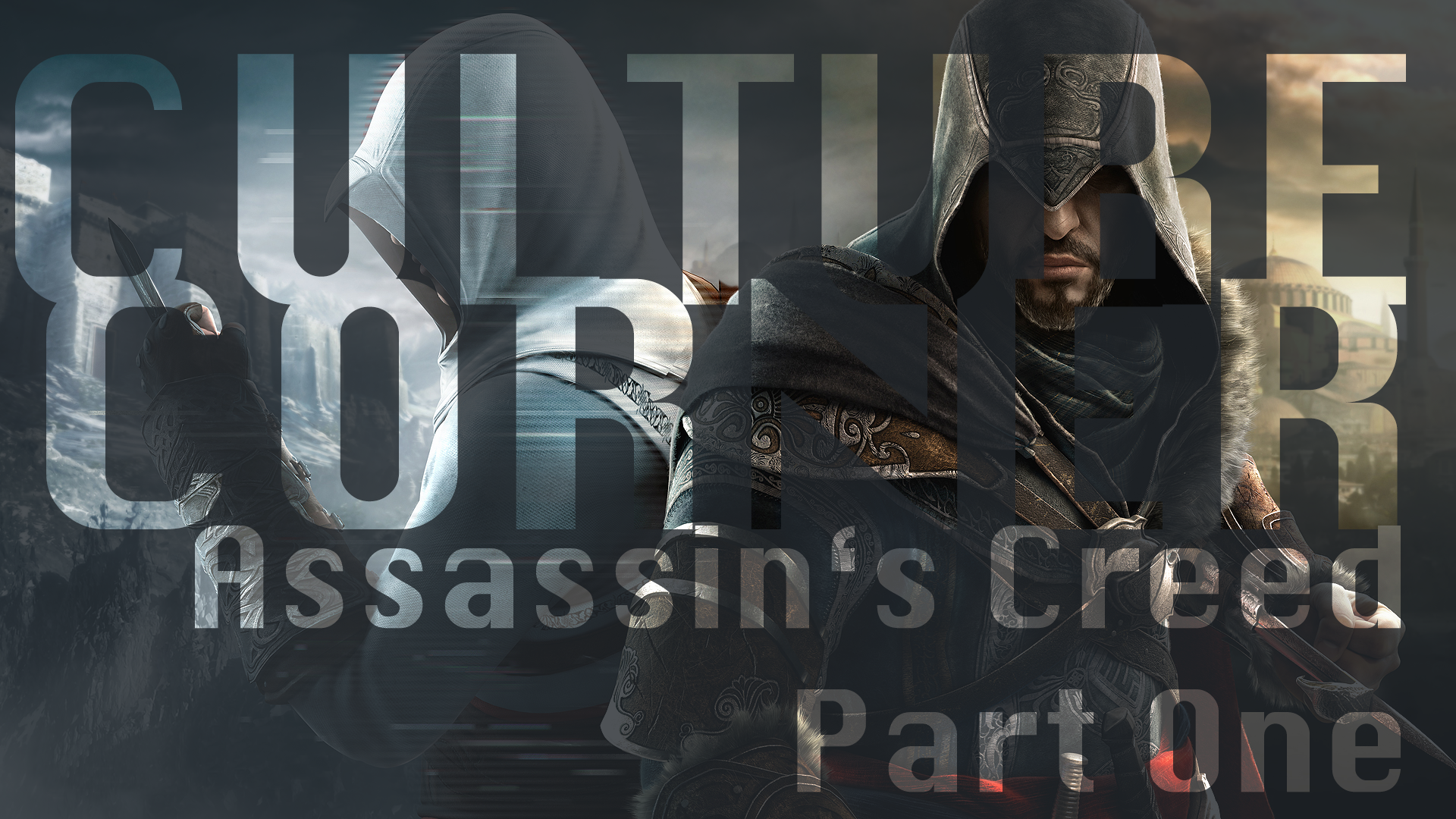 With this year’s E3 in Los Angeles right around the corner, our author takes a special look at one of his favorite games series as the next Assassin’s Creed appears to be on the horizon.

After the release of Prince of Persia: Sands of Time, french developer/publisher Ubisoft was struggling to develop a concept for a follow-up to one of the companies biggest successes. Developers and Executives decided concluded, that using a prince as the game’s protagonist was not only drawn out after numerous entries in the series, but also a rather implausible scenario. Rather than that, they came up with the idea of the prince’s bodyguard while retaining Prince of Persia’s core gameplay attributes, climbing, exploration and close quarters combat. Born was Prince of Persia: Assassin with a story inspired by the life of Hassan-i Sabbah, the real life founder of the Hashshashin, or Assassins. And even though this specific title never flourished, it was spun-off into its own, brand new IP Assassin’s Creed, released on November 13th 2007.

Following the life of Desmond Miles, a bartender without ambition, kidnapped by Abstergo Industries, who is forced to relive his own genetic memory of a distant ancestor through a machine called the „Animus“. Through the eyes of Altair, an assassin in 11th century Jerusalem, the players learn of the never-ending war between the Templars and the Assassins. Altair has to locate and stop (as in shoving a blade into their throats) nine Templars whose order operates under the doctrine of „peace through total control“. To stop their plot, he has to obtain the Apple of Eden, an ancient device that grants its wielder the ability to control the minds of others. Ultimately, Altair succeeds in his mission and Desmond finally learns the truth about Abstergo.

Revealed in January 2009 and released in November, Assassin’s Creed II finally saw the light of day with an onslaught of new mechanics and a fresh set of characters. Set in late 15th century Florence, AC II was the first installment of its own little trilogy, following the life of Ezio Auditore da Firenze. The cocky, reckless boy born to a wealthy Florentine household, sees his family murdered on false pretenses by the Templars and has to quickly learn of his father’s heritage to pick up the hidden blade of the Assassin Brotherhood to right Italy’s wrongs and protect the rest of his family. Rectifying many of the first installments quibbles, AC II offers improvements across the board. A more fun protagonist (Altair was just a grim growly man growling grimly), more streamlined parkour and bigger environments with fun means of transportations make this game and its follow-ups Brotherhood and Revelation probably the most revered entries in the series.

And I get why. For all the reasons just mentioned and more, the Ezio trilogy embodies the fun of parkouring over the sweeping rooftops of Florence in AC II, the grand architectural wonders of Rome in AC: Brotherhood, and the assassin base in Constantinople. Ezio’s story is one of growth, a young noble kid who gets called upon to revive the Assassin Brotherhood at its lowest point in history. Learning their skills and becoming the new master, training recruits to save Italy from a reign of terror against the Borgias. And while some of the game’s mechanics, such as climbing, parkour, and combat, might be a little outdated by today’s standards (something that the 2016 remaster did not fix), it is still a highlight of the past ten years of gaming history and undeniably a milestone for the open-world structure.

A video game critic I have great respect for, once described the Assassin’s Creed series as a line graph. And so far the line has been steadily going up. But right off the heels of Assassin’s Creed: Revelations, it plummeted face first into the dirt. But I’m getting ahead of myself, so let’s back up a little to E3 2012 and to the announcement of AC III. A new adventure in a new world, the game follows Connor, a young Native-American/English man whose village is threatened by rampant colonialism and joins the Brotherhood to stop the Templar’s efforts to expanse into the new world. A fresh suite of improvements to combat and movement can certainly be counted on the plus side, but the game suffers on terrible, crucial flaw. Its characters. From Conner himself to his father and main antagonist, the Templar Haytham Kennway, all of them lack depth, complexity or even any resemblance of character itself.

And while the open world is gorgeous, with sweeping vistas across the frontier and the cities of Boston and New York, without an engaging narrative, the game is a bland painting devoid of any color. New mechanics are all fine and dandy (and some of those introduced in this game have certainly benefited the series in the future), but ultimately the game fell flat with critics and audiences alike. The only real payoff this installment provided was Desmond’s quest in our time. And even though I have to admit that I wasn’t initially onboard with the whole future narrative plot device, it became an integral part to the whole experience by now. Unfortunately, Ubisoft ditched a playable plot for future games after this and first replaced them with first person walking exercises and ultimate forced us to watch cutscenes in the most recent games in the franchise.

But we’ll get to that next week, when we’ll take a look at the series of games from 2013 until now.