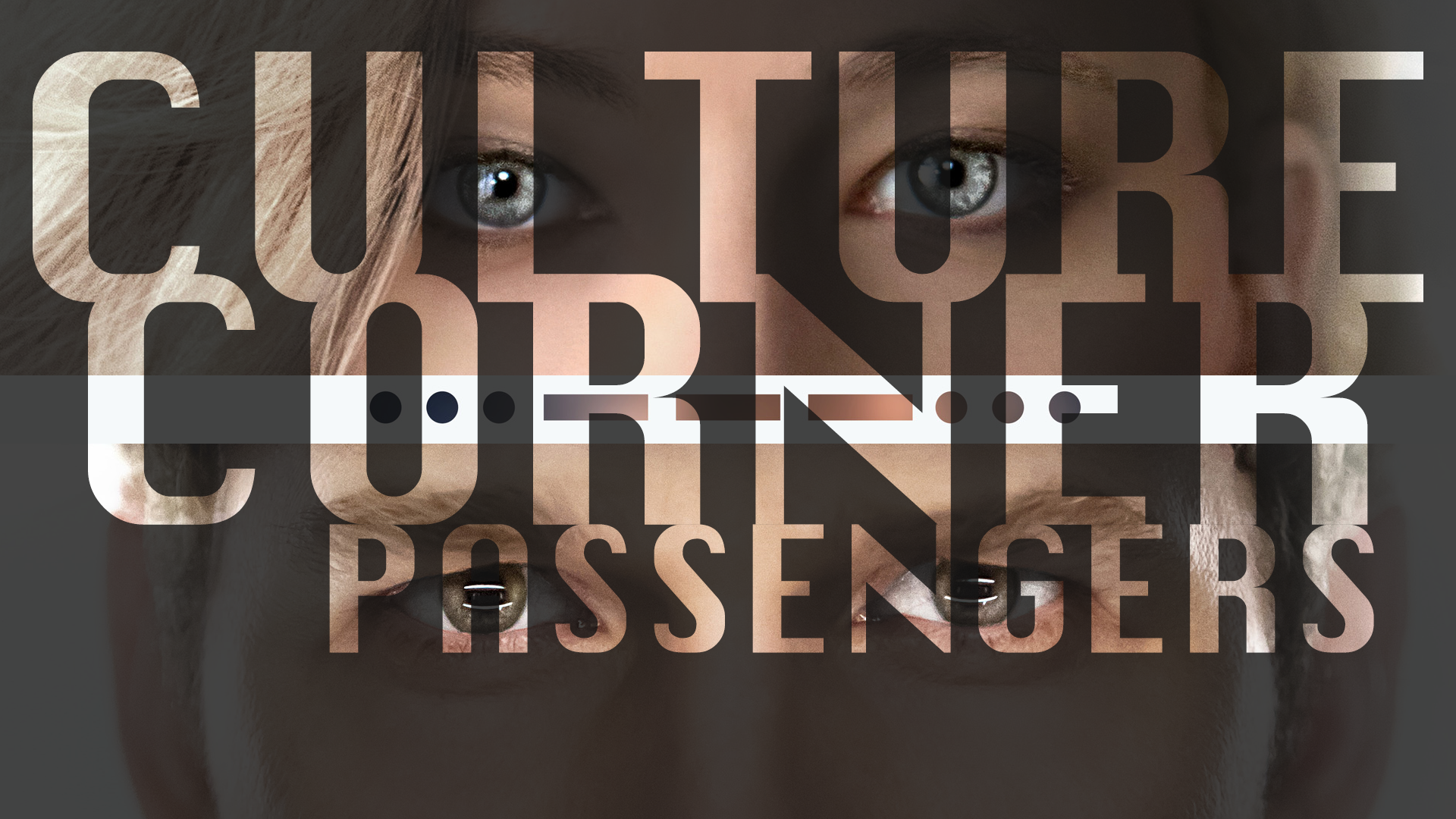 In a time of big-budget blockbusters and massive casts, Passengers uses it’s time and money to illustrate the claustrophobia of space and loneliness. But are the talents of just two great actors enough? The starship Avalon is just 30 years into its 120 year journey to a new colony when it passes through a dense asteroid-field. The resulting damage leads to malfunctions in many of the ships system, shutting down the hibernation pod of engineer Jim Preston (Chris Pratt). He is alone, all his attempts to re-enter his pod fail and his only companion is android-bartender Arthur (Michael Sheen), but not for long. Aurora Lane (Jennifer Lawrence) enters his life after a year of isolation and together with crew member Gus (Laurence Fishburne) they attempt to fix a ship that’s falling apart.

But fixing the seemingly unfixable is not Passengers focus. It’s a movie on the smallest stage that a 110 million dollar budget allows, a chamber play in a nice dress. Set in a beautiful but overall cold environment an actor’s performance becomes more important every second and the film’s lead Chris Pratt does an excellent job during the first act. In fact, if it wasn’t for Aurora, a comparison to the excellent The Martian from 2015 would’ve been almost unavoidable. But her invigorating spirit brings new energy into a plot in which Jim has, understandably, given up after a year. She gives him hope, not necessarily to get back to sleep and to wake up in a new world, but rather that he still has a life worth living. They develop a bond, a love for each other, and even when faced with issues, in the end they stick together. It’s a love story that evolves and adapts through the good and the bad. Besides its two leads, most of the film’s budget must have gone into set design and special effects. And it really shows. Many environments are obviously expanded digitally, but playing with gravity and a slowly deteriorating ship shows great dedication to make this experience as realistic as possible. The wonderful soundtrack by composing legend Thomas Newman is epic and whimsical at the same time, it manages to bring the joy of Jim and Aurora’s relationship to life and makes us fear for them just moments later. Passengers plays with sound and imagery, not afraid to leave things unsaid and rather let its characters emotions speak for themselves, from Jim’s first moments awake through every personal crisis he and Aurora go through. Without a real villain the film has to rely on characters and setting to convey the danger, the threat a situation poses. And to anyone who has ever looked up at the stars, thinking about our place among them, it’s clear that there’s nothing more intimidating, nothing more frightening than the great unknown. The vastness of space and the depths of a persons own mind can be a greater adversary than any army. And Chris Pratt and Jennifer Lawrence brought those feelings to life in a masterful fashion.

This movie proves that you can do so much with so little. And that might sound like an invalid thought with 110 million dollars at hand but it never felt like it. And I would love to see more of that in any genre. I like a good blockbuster, a killer cast and a cool villain, but sometimes narrowing it down opens up so much more ways to tell an engaging story from start to finish.