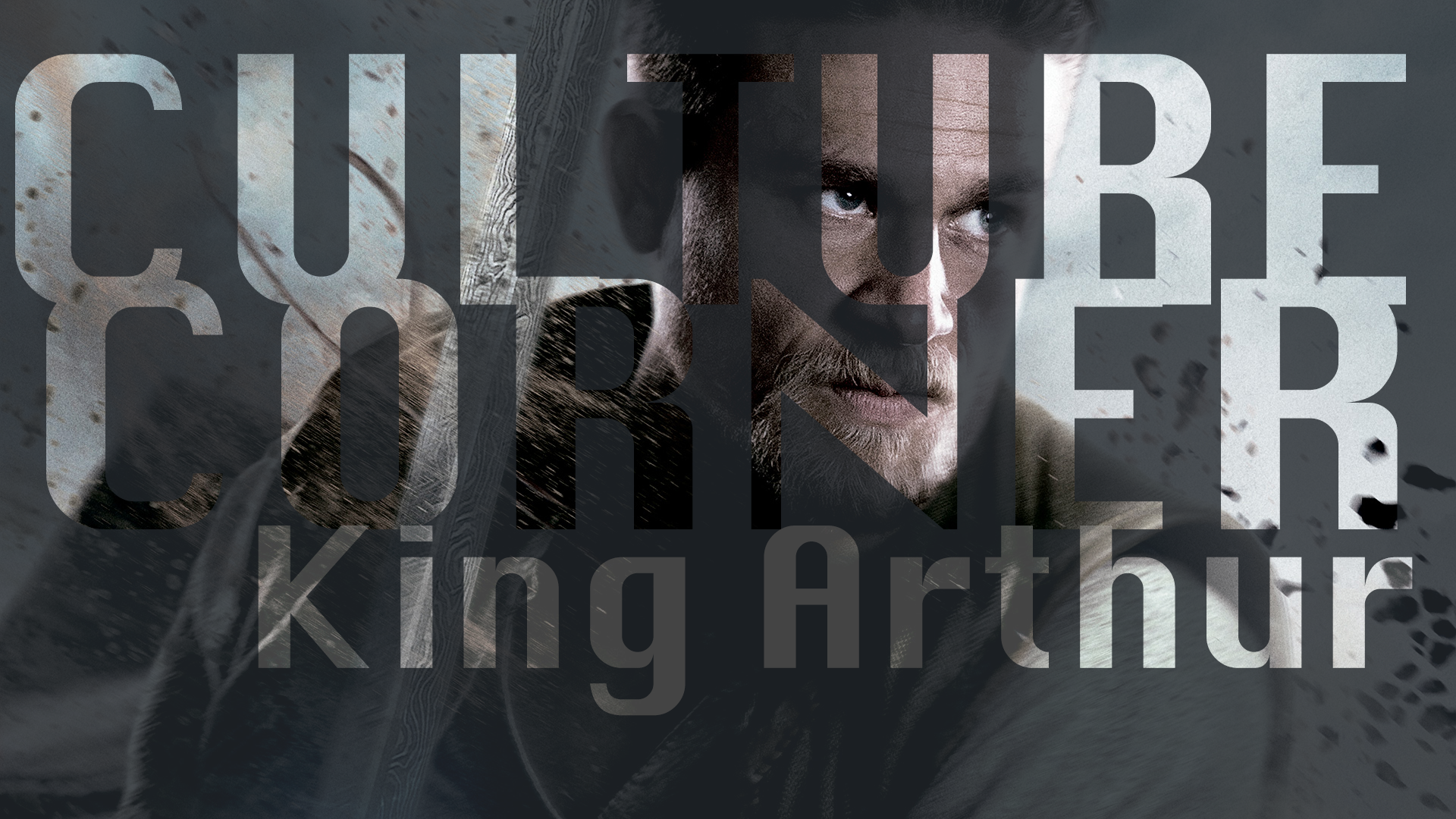 After the rather disappointing Sherlock Holmes movies, british director Guy Ritchie makes a fresh attempt at a witty action flick that provides more depth than expected.

King Arthur: Legend of the Sword It’s a time of war. But through the heroic courage of their king, the fortress of Camelot and its citizens endures. After the evil mage Mordred has been defeated though, a new threat arises from within King Uther’s own family. His brother, Vortigern, plans a coup and makes a deal with witches to summon great evil to aid him in battle against the King. After the dark demon slayed Uther and his wife only their son remains, floating on a boat towards Londinium. He is picked up by a group of young prostitutes who raise him in their brothel where he has to quickly learn how to survive the harsh streets of England’s biggest city. But when years later the sword in the stone resurfaces, Arthur’s life hangs in the balance as learns of his true heritage.

Sherlock Holmes and it’s sequel weren’t bad. But in a world where the BBC’s Sherlock TV-Series exists, they just couldn’t compare. But why am I talking about those films? Well, despite all their shortcomings, there were still many aspects to admire. Most prominently their visual style, a style that can mostly be attributed to director Guy Ritchie. Still, why am I talking about them? I wanted to point out how King Arthur: Legend of the Sword got elevated from yet another average medieval action fantasy flick to something that truly deserves everyone’s attention. How Guy Ritchie makes movies is so distinct on a visual level that I couldn’t help but be excited to see what his personal style can bring to the (round)table this time. From smart deconstructions of hand to hand combat in the first Sherlock Holmes, where the detective walks himself through a confrontation only for us to see it unfold at a breakneck pace mere seconds later, to its sequel with an awe inspiring chase through the forest, trees cracking under cannon fire and dirt flying through the air with sound design that must have had some people fear for their lives when they first saw the scene. King Arthur combines the best of both. Every location drips of gritty realism but the use of unconventional camera work, in this film often from a birds eye perspective and Ritchie’s trademark slow motion fight scenes are offering the viewer with new opportunities to appreciate the film’s attention to detail. Most notable is a scene at the very beginning of the film where (SPOILER ALERT!) we see Arthur growing up on the streets of Londinium and he gets repeatedly pounded into the dirt by other kids, street thugs and the city itself. All in a time-lapse montage of his childhood.

But I don’t want anyone to think that this movie sells itself on visuals and clever camera alone. Because the story is surprisingly well written and follows characters that are more engaging than I initially expected. Arthur and his friends are just five percent „Nathan Drake“ shy of being smart-ass annoying though. But it leads to some genuinely hilarious interactions between them and Vortigern’s soldiers. It’s an art in itself to balance a character with hidden depth to still be relatable while being put in situations we will never encounter and ultimately still be humerous. And I mentioned „Nathan Drake“ from the Uncharted games for a reason because I realized something while I was replaying the 4th installment recently. Nate just can’t shut the fuck up. Even after being shot fifteen squintillion times, there’s always a sarcastic line on the horizon. Arthur knows when things are getting serious. Which means that the movie is a lot of fun in the first act and gets darker and darker over time. That’s how you make story and characters develop at the same pace. And speaking of characters, I wasn’t expecting much when I learned that Charlie Hunnam would be leading the cast. Not that I perceived him to be a bad actor but he fell rather flat for me in the past. Maybe it wasn’t really his fault. I mean I wasn’t really there to watch him act in Pacific Rim, I wanted to see big fucking monsters. But he brought a surprising depth to Arthur, a lovable rogue, visibly scarred by nightmares about a shadow murdering his mother and father, a vision that becomes a recurring theme throughout the movie as he must overcome it to become the true born king.

King Arthur: Legend of the Sword is by no means a masterpiece. But it is fun and a good movie through and through… occasionally even a great one.