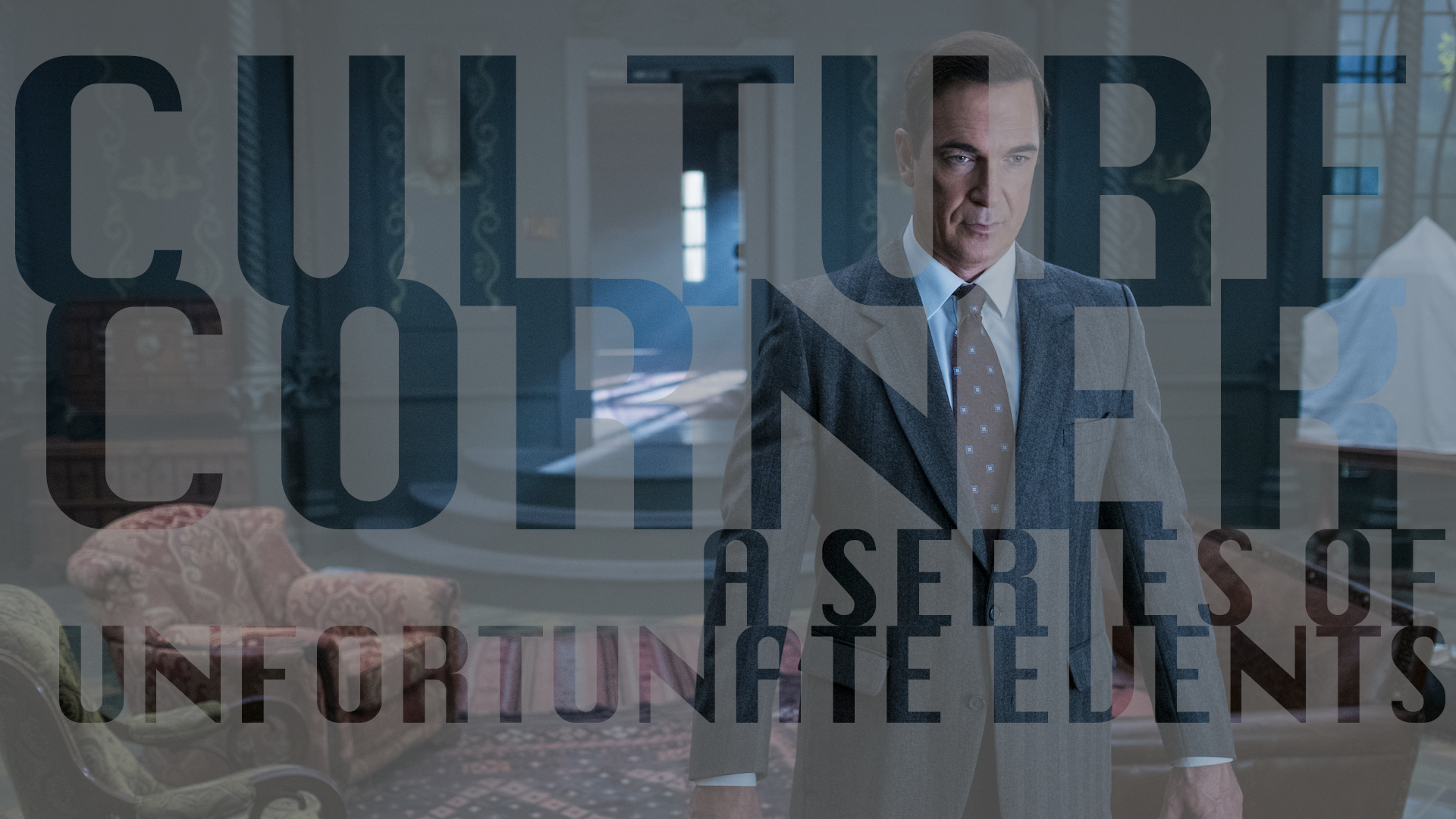 Lemony Snicket takes us on the incredibly miserable journey of the Baudelaire children after the untimely demise of their parents. What unfolds is truly a series of unfortunate events.

A Series of Unfortunate Events

Netflix has proven many times, that the line between comedy and drama can be drawn thinner and thinner given the right material. Never has this been shown more prominently than in Netflix’s latest original series based on the children books by american author Lemony Snicket. From the great loss they experience on a rather normal day through all peril and misery they must endure while fending off Count Olaf, who’s not only after their fortune but is more involved in their tragedy than they know. When we first meet the Baudelaires, their life is good. But as the author and narrator Lemony Snicket (Patrick Warburton) feels obliged to tell us immediately, it will most certainly not stay that way. And we quickly learn why, as they’re being shipped off to live with their legal guardian Count Olaf (Neil Patrick Harris). After he tries to marry his way into the family through an elaborate scheme worthy of a great number of history’s super-villains, he’s exposed by the wits of the three orphans who are now on the way to their next guardian.

It is hard to find any Netflix Original that is objectively bad. As in badly made on a technical level or in terms of its production. But it’s just as hard to find a show that is „just television“, as the U.S. based streaming service has its entirely own style of telling stories, nowhere clearer than in this wonderfully weird and miserably fun first episode of A Series of Unfortunate Events. Right from the start it is abundantly clear how much care has gone into this project, from set design to Neil Patrick Harris’ incredible performance as Count Olaf and all the detail we can discover in every scene. Filled with an astounding number of twists and turns, I just couldn’t stop watching. Although, the show’s intro is quick to tell us to look away… After the Baudelaires move in with Dr. Montgomery „Monty“ Montgomery (Aasif Mandvi), a renowned expert in reptile behaviour, their new guardian hires a frighteningly familiar assistant. But while the children see past Count Olaf’s disguise, no one else does. Meanwhile, mysteries come to light on the secret order and the strange spyglass.

After a great set-up in the opening episode, A Series of Unfortunate Events manages to expand on almost every aspect of its mysteries throughout the entire length of The Reptile Room. Guest star Aasif Mandvi is truly brilliant, showing genuine excitement about his character and his role in the story and though one should’ve expected his fate from the start, it would’ve been wonderful if he had been sticking around for a little longer. Neil Patrick Harris’ performance as his new „assistant“ unfortunately was a bit over the top at certain points, but it still feels like the role for him. The orphans arrive at the aptly named Lake Lachrymose to meet their widowed Aunt Josephine (Alfre Woodard), a strict grammarian who’s haunted by the past. But Count Olaf is right on their tale posing as a strange seafarer and he is prepared to commit every atrocity he can think of, to get his hands on their fortune.

What truly shines in A Series of Unfortunate Events third episode are the revelations. We learn more about the secret society and especially Count Olaf’s involvement with the parents and even Lemony Snicket himself. This episode’s incredible set design manages to convey the discomfort of living atop a cliff in a house that’ll literally fall apart if a lemon rolls across the floor, while NPH delivers his probably best performance in the show so far as Captain Sham, you know, eyepatch, wooden leg and all. The children arrive at the Lucky Smells Lumber Mill and unearth some unsettling accusations about their parents. Meanwhile Count Olaf courts an old flame and a tale of perception and altered reality starts to unfold. Someone might even have literal skeletons in the closet!

It’s the end of the season already and at this point the show really starts to throw punches. From wild accusations about the Baudelaire’s parents to an incredible array of twists and turns at every corner we remain intrigued as to what the show has to offer in its second season. Rhys Darby as the cowardly partner of the Mill’s owner and Catherine O’Hara as the hypnotizing optometrist are standout guests. And seeing NPH in extremely convincing dresses is just brilliant.

From movie to TV is certainly not new and Netflix has established itself well enough to be a major player in the industry by now. But a book adaptation is different story entirely. As a fan of the novels as well as the 2004 movie of the same name with Jim Carrey in the lead role i was sceptic at first, but casting Neil Patrick Harris as Count Olaf was probably the best choice for the character I can think of. Using indoor sets only, even for outdoor settings, creates an unmistakable visual style somewhat reminiscent of a fairytale while staying true to the sad and depressing atmosphere of the books. This and the weird characters, paired with Patrick Warburton’s award-worthy performance and narration of the truly miserable tale of the Baudelaire orphans marks a great start for Netflix’s original content in 2017. And with a second (and probably third) season already in production for later this year, A Series of Unfortunate Events will stick around for a little bit longer.