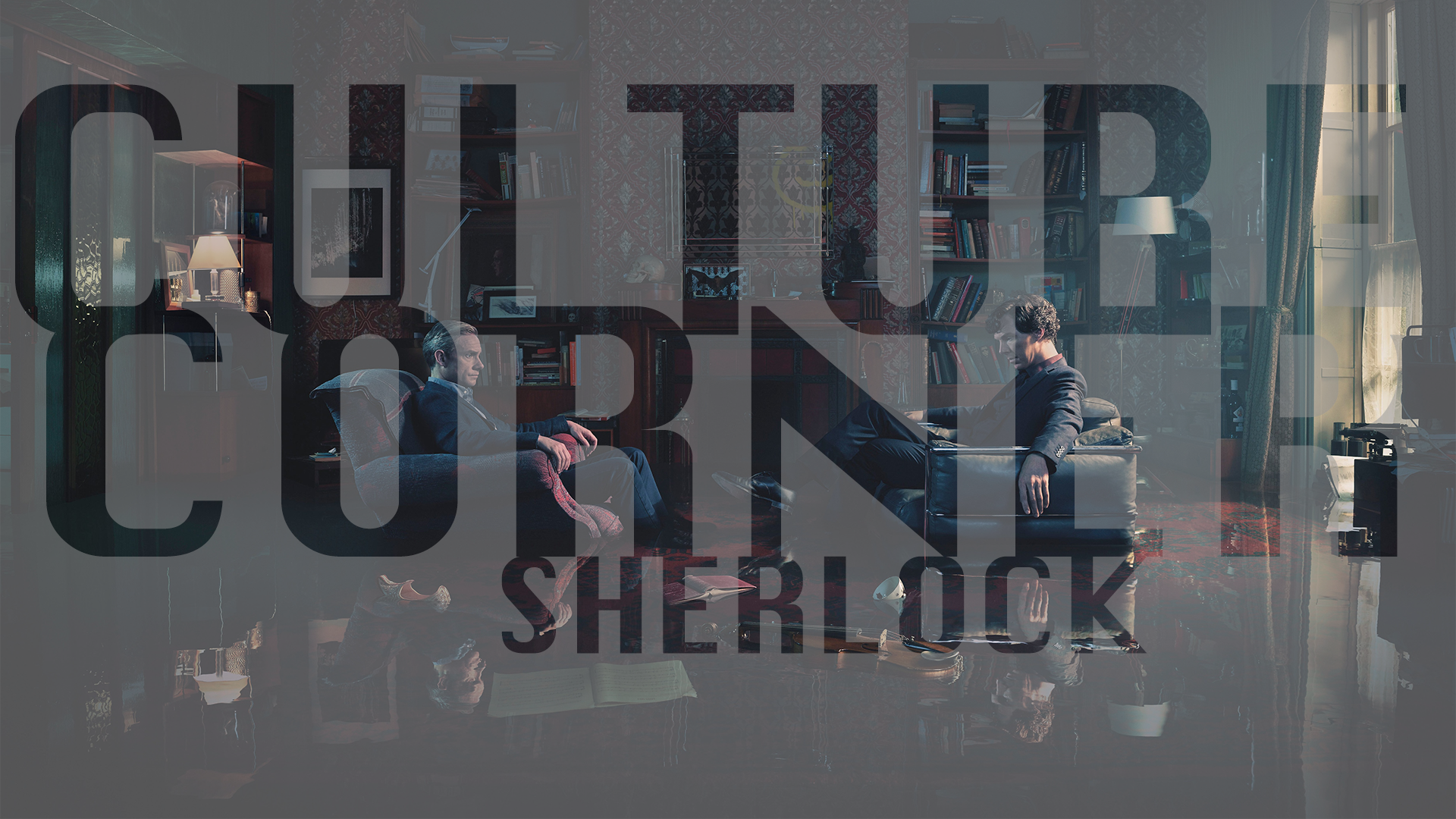 Did you miss them? The Baker Street Boys are back. Well they were, now they’re gone again. It’s kind of confusing every time. But yeah, the game was on!

Series 4 of the BBC’s acclaimed detective drama Sherlock has come and gone already. Let’s take a look at the latest three new episodes and determine if they were worth waiting for. This is review for the whole season and each individual episode, so if you haven’t seen all of them beware of MAJOR SPOILERS AHEAD!

Still here? Cool! You can click the button below for our full review or skip to our spoiler free verdict. An east-wind is coming and Sherlock is back from his short isolation. But before the oncoming storm hits, there are other mysteries to solve. What is Moriarty’s posthumous revenge and why are there six smashed busts of former prime minister Margaret Thatcher on more than just one scene? Meanwhile, Mary and John are expecting the birth of their daughter. But as more details of Mary Watsons nebulous past start to resurface, Moriarty proves to be only one of Sherlock’s cases.

Like every two years (not counting The Abominable Bride from last year), a new season of Sherlock has to come out of he gate swinging with its first episode. And The Six Thatchers assumes the role of a set-up episode for the rest of the season near perfectly. It’s more than just telling another compelling, crazy, and fun case, it’s far more personal. That’s not always a good thing, but it grants the characters the opportunity to become more interesting, experience tragedy and loss, while still letting Sherlock Holmes be Sherlock Holmes and Watson be pissed about that. It’s what makes this show so great, but boiled down to its core. After the recent events, Holmes and Watson have parted ways. At least until Mrs. Hudson pushes them both back together as Sherlock’s obsession with an alleged serial-killer is threatening his life. Meanwhile it becomes clearer by the minute that Mycroft has something to hide, a secret from Sherlock’s past more dangerous and horrifying than one could have ever imagined.

But these secrets only come to light at the very end of a surprisingly boring ninety minute exercise in frustration. And all comes down to one simple flaw of design: the major villain and case in this episode were boring. Yet Sherlock is interested in him, contradicting everything we as an audience know about this or any other version of him. Toby Jones plays Culverton Smith, a prominent philanthropist and serial killer. Who likes to kill. No interesting quirk, no crazy way to hide the bodies, no walking into a police station and just starting to confess because he’s bored, nothing. He kills. That’s it. It takes The Lying Detective until the last few moments to become worth watching and that’s a first for this show. The storm hits, the east-wind has arrived, and all secrets of the Holmes family are revealed. The long lost sister of Sherlock and Mycroft appears to be part of Moriarty’s revenge and John and the brothers make their way to Sherrinford Prison where Eurus Holmes is being held. But nothing is at it seems when the tides turn and the three face their greatest adversary yet.

After the big twist at the end of the previous episode, waiting a week was almost unbearable. The Final Problem is so personal, it dives so deep into Sherlock’s past, his family, and for the first time we get a sense of what made him the man he is today. More should not be said, as this season finale is filled with more twists and turns than ever before.

Waiting for a new season of BBC’s hit drama Sherlock is hard. And in two years expectations can either skyrocket or plummet down heavily but I have yet to be disappointed by the modern adventures of Holmes and Watson in 21st century London. Season 4 though proved to be the most difficult to love since the shows first outing in 2010. Going for more personal stories might have been the most logical step for the series but it lacks in the fun department. Seeing John and Sherlock running around, solving weird cases in modern times has always been a standout. Learning more about the man behind the name is certainly interesting but by far not as thrilling, which is not to say that this years three episodes weren’t good. It just took a lot more effort to enjoy them than before.
It ultimately feels like the end for one of TVs greatest drama, but you never know. The season manages to end on a lighter note than the heavy themes throughout might have suggested and if the BBC doesn’t manage to get its two lead actors back for a fifth season, then this is the perfect way to say goodbye to the lovable detective and his sidekick. Sure, I’d love to see them return as soon as possible but if not, then there are no hard feelings. Besides, Sherlock fans have learned to be patient. The hard way.